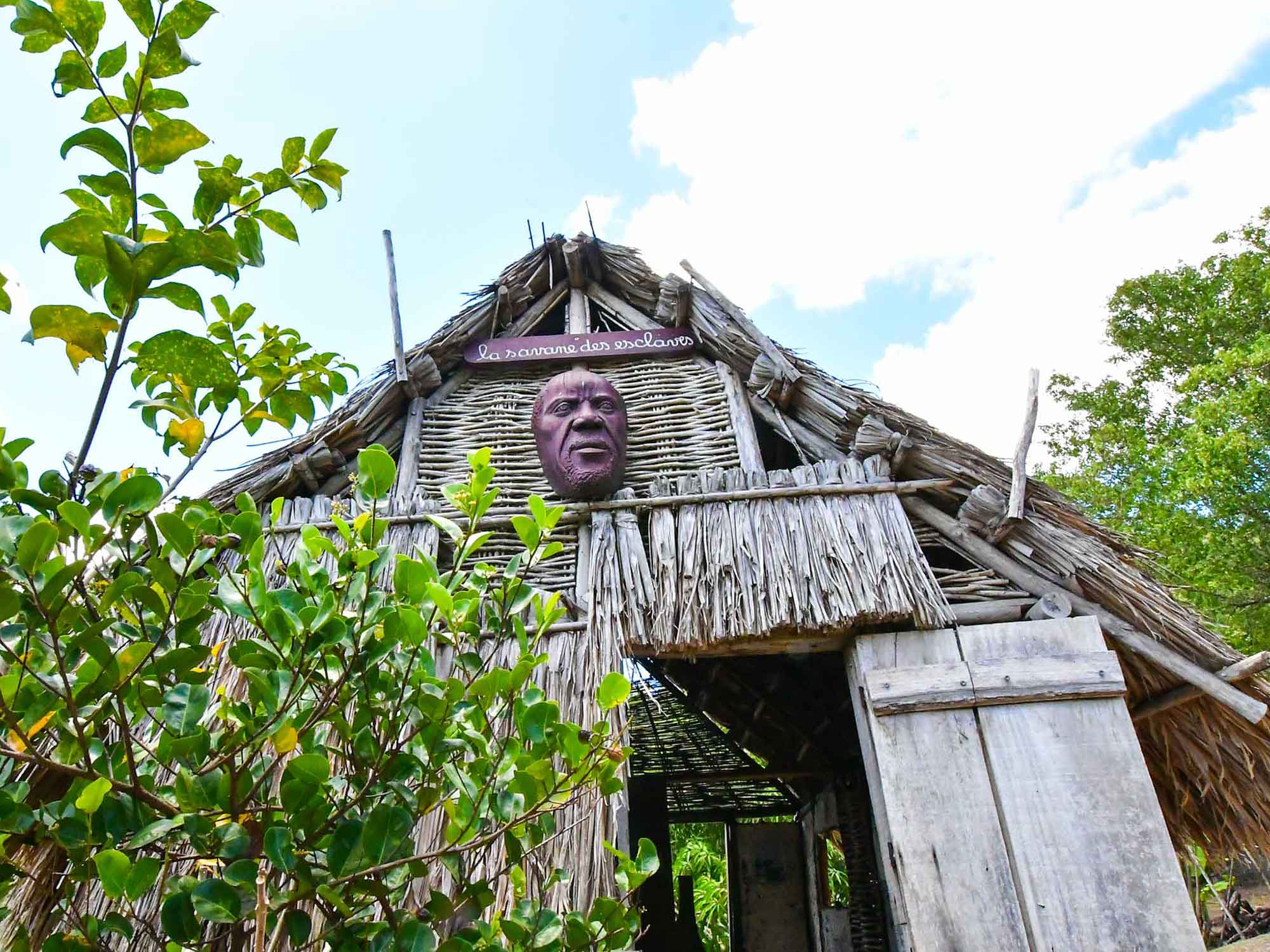 For our first week in Martinique, we went to visit a museum, the Savannah of the Slaves (in French: la Savane des Esclaves) at Trois Îlets. This museum is special because it is an open air museum and on the edge of a very dense forest. This visit took about one hour including a 30 minutes video. The M&M’s are going to present you what they retained from this visit in the form of a small essay with photos.

Note: to save you from going blind, we have corrected a “few” spelling mistakes from the original text.
Stephanie & Paul

First, we will talk about the history of the population of Martinique, in the second part the triangular trade and the trades involved, and finally, the living conditions of the slaves in the Caribbean islands.

The history of the population of Martinique was presented to us through a video and the statues exhibited in the enclosure. It all began with the Arawaks who were the first people to live in Martinique. The Arawaks were peaceful and did not seek war. They lived peacefully from their crops, hunting and fishing. On the day when the Caribbean Indians came to invade their territory, the Arawaks who were pacifist did not fight against the Caribbean Indians.

The invaders then killed all the men and children but left the women alive for the continuity of their race. Until then the Caribbean people had defended Martinique’s territory well against external threats.

Christophe Colombe came to Martinique but realized quickly that it was not India and quickly left the country. It is only in 1635 that the French took control of Martinique. The 150 French led by Pierre Belain quickly invaded the island thanks to the technological difference of the two populations.

The triangular trade began not long afterwards, as Europeans left for Africa with cloth, weapons, alcohol and other resources. Once in Africa, they traded the resources for slaves and sent them to the West Indies, including Martinique.

The triangular trade was very beneficial for Europe because exotic resources were in high demand and sold at very high prices.

During the triangular trade slaves were brought to Martinique by boat, there were many slaves on board and the journey was long.

As soon as they arrived in Martinique, the slaves went straight to work, every day they started working at sunrise and stopped working at sunset. They usually slept in fours in a hut that they called the “hut of the negroes”. They had terrible hygiene because they could not wash themselves. They were very poorly fed, which led them to eat the goods of the field and they were punished. As a punishment they had to wear a metal mask all day long to prevent them from eating the goods of the field.

When the masters were afraid that the slaves would run away, they put chains on their feet or a collar with four bars on each side to slow them down if they ran away.

If the slave was not fast enough at work he was whipped. They forced women to have abortions and also raped them. Sometimes the slaves could no longer resist torture and pressure so they mutilated themselves or committed suicide as a sign of revolt.

The slaves began by revolting by setting fire to fields, storerooms or even houses, by passing on African cultures and traditions (music, dance), by poisoning cattle or sometimes by murdering the master and his family.

The museum was interesting and taught us a lot about the life of the slaves, the forest and the Creole gardens. The fact that it is in the open air was very pleasant.

We also liked the exotic fruit ice creams that are made on site! 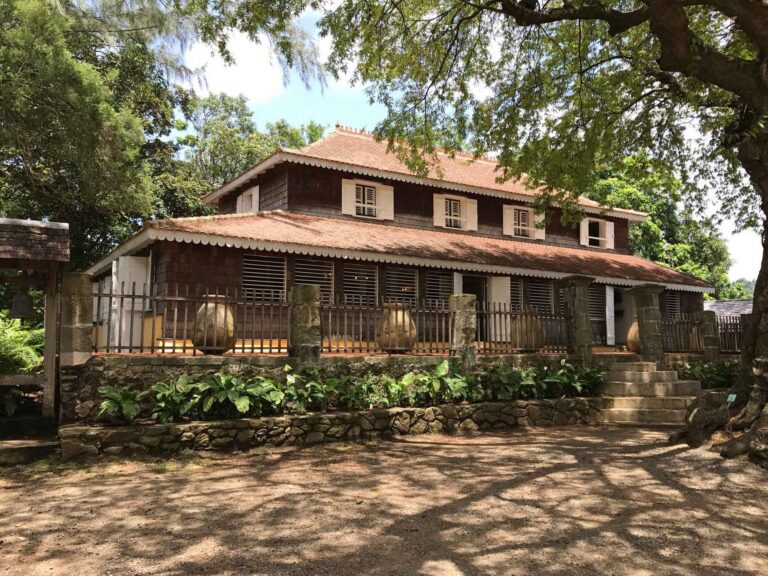